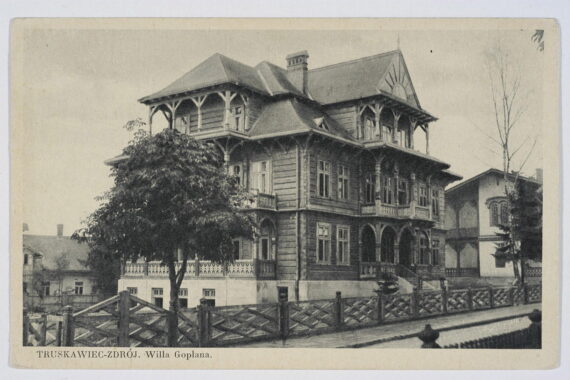 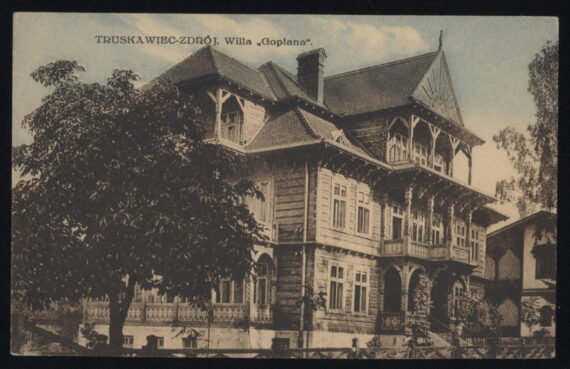 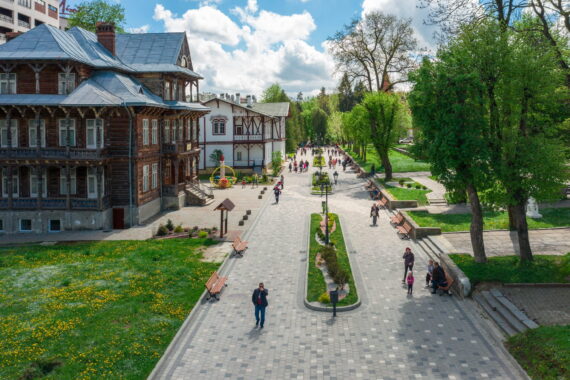 Today it is the museum of the artist of Ukraine, Mykhailo Bilas. The building of Mykhailo Bilas museum, formerly the resort villa &quot;Goplana&quot;, is one of the city&#39;s art treasures. Villa &quot;Gopliana “was built in 1924-1928 in the central part of the resort according to the project of the Ukrainian architect Jan Semkovych in traditional art nouveau forms with elements of the” Zakopane&quot; style, a characteristic trend of the Carpathian region. In the late nineteenth – early twentieth century the “Zakopane style&quot; prevails in the villa construction of Galicia, based on the building materials traditional for the region and the constructive principles of Gorals, the inhabitants of the Western Carpathians. The founder of the “Zakopane” style was the artist, literary critic, and writer Stanislav Vitkevych.

This is the only reserved Villa of a log structure, built without a single nail from hewn spruce logs connected by cuttings. The main basic architectural elements of the Villa are: carved pillars of galleries, brackets, a threshold with the finishing element “Sun”. The side facades and the central part are decorated with wooden open arcades — galleries on the first and second floors. A characteristic element of the decor of the wooden villa is a decorative cutting, made by Ukrainian master carvers, giving the building a regional national identity. The interior layout is corridor like. The interior has a three-step staircase with carving decoration. On the ground floor in the lobby, there is an original stained glass window with the image of the old pavilion above the spring &quot;Naftusya&quot;. It was made in the studio of Stanislaw Zhelenski in Krakow in 1925. In 1976 the stained glass window was restored. The villa was owned by Raimund Yarosh, the chairman of the joint-stock company of the resort “Truskavets Springs” in 1911-1936 and its co-owner, at the same time holding the post of mayor of Drohobych.

In the 1930s, the villa served as the residence of Raimund Yarosh. Here he welcomed high-ranking guests from Europe, Turkey and the United States. In 1939, the building was nationalized. During the Second World War, a hospital was located here. Until 1949, the mineral water &quot;Yuzya&quot; was bottled In the basements of the building and sent to different parts of the country. Later on the house was used as a dormitory of the sanatorium. Since 1973, it has been used as an administrative building where the resort management council was located. In 1980, this building, due its magnificent architectural forms, was granted the status of an architectural monument of the early twentieth century by the decision of the Lviv Regional Council and taken under state protection. In 1981 and 2008, this status was confirmed by the relevant decisions of the Truskavets City Council. In 1992, the building was returned to the ownership of the city community. On December 19th, 1992, St. Nicolas Day, a Museum of Mykhailo Bilas, a world-renowned artistand our compatriot from Truskavets, was opened here.