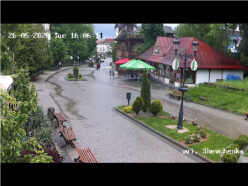 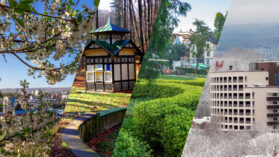 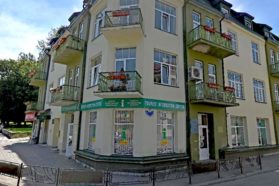 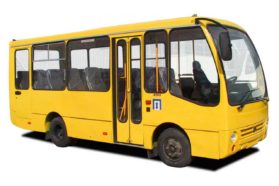 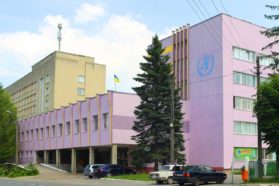 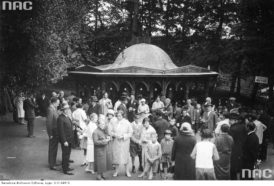 History of Truskavets The first written reminiscence of Truskavets dates back to 1427. Archeological findings, particularly, Roman combat pole weapon – bec de corbin, 4th century A.D. – prove the fact that Truskavets territory might have been the scene of fighting of Goths together with Prykarpattya tribes headed by Carps on the one side and […]

The first written mention of Truskavets relates to 1469 . Today it is a small but amazingly beautiful green city. Wonderfully its location – a picturesque valley in the foothills of the Eastern Carpathians , gentle wooded slopes and streams . But the main thing – the purest Carpathian air and the subsoil rich in mineral waters. And yet few people know that here, 4 kilometers from the Maximus , in Borislav , is a deposit of ” mountain wax ” – ozokerit . It is unique in the world , and therefore unique natural formation of important medicinal substance used for the treatment in sanatoria Maximus . This city is rightly proud of Lviv region . Truskavec consistently leads the ranking of Ukraine ” Best Cities for Life” .

But the beginning of its history spa resort Truskavets Ukraine rightly said in 1827 . It was then at the local tavern equipped with a small space for 8 cabins for receiving baths. Chemical analysis of water sources has become an additional incentive for further development of organized Maximus as a resort . The city is rapidly gaining a European level : to build villas, hotels , pensions and hostels Maximus. And today, walking around Truskavets , you can admire the amazing architecture preserved mansions.

Early 20th century was marked by European Truskavetc recognition as a health center. Since 1912, the city is connected by direct rail links not only with Lviv, but major European cities . In 1913 he was awarded Truskavec Grand Gold Medal for achievements in the development of medical base , development and construction .

Everyone who comes to this resort town , do not cease to admire . Of course, more than those traveling for the purpose of healthier . Annually in Truskavets on vacation is about 900 thousand tourists from around the world . At the same time the most reasonable prices in sanatoria and from mid-January to late March and from October to December . Yes, Truskavets popular not only in summer but also in the New Year period.

Hundreds of thousands of people around the world have appreciated and spa facilities of the resort and professionalism of resorts and hotels Truskavets , and a modern infrastructure, including the magnificent SPA centers and attractions city ​​and surrounding regions.