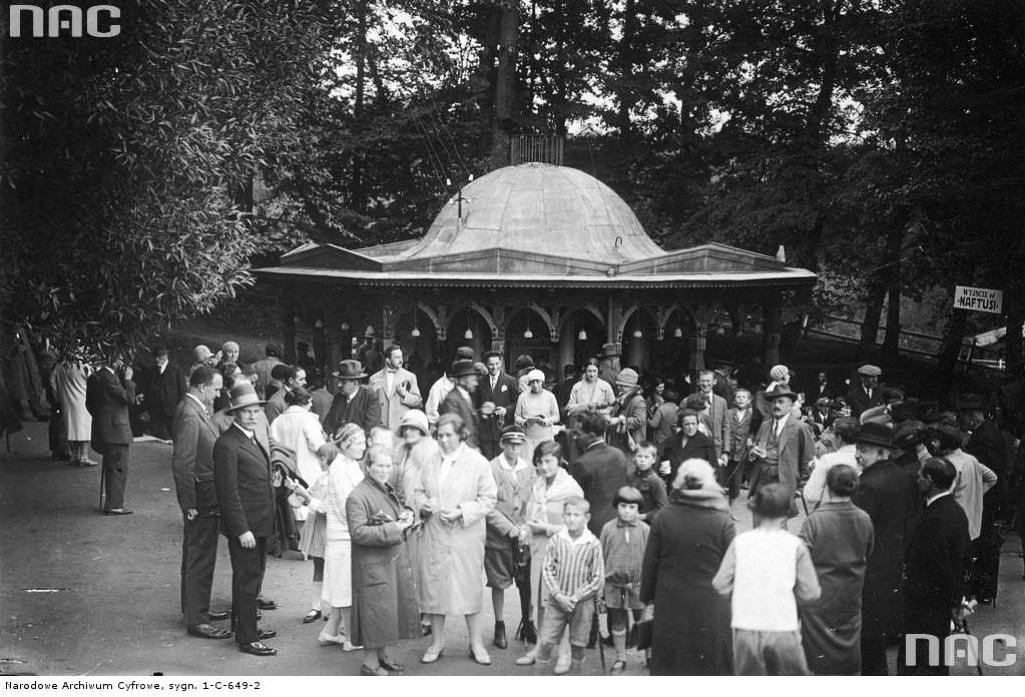 The first written reminiscence of Truskavets dates back to 1427. Archeological findings, particularly, Roman combat pole weapon – bec de corbin, 4th century A.D. – prove the fact that Truskavets territory might have been the scene of fighting of Goths together with Prykarpattya tribes headed by Carps on the one side and Roman Empire legions on the other.

Where does the name Truskavets

The name “Truskavets” still evokes debate of historians. Some believe that the word “Truskavets” is a modified form of the Polish word “truskawka” (strawberry). But strawberries appeared in Europe only after 1712, and were brought from Chile by French officer named Frezye, whereas the name of the city was first mentioned as early as the 15th century. Other scientists consider Lithuanian language have influenced the city name. In Lithuanian salt is called “druska”, and Prykarpattya is a famous centre of salt production. This variant is proved by the close interstate relationship of Principality of Galicia–Volhynia and Grand Duchy of Lithuania in 12th – 15th centuries.

Establishment of Truskavets as a resort

1827 is considered to be the official spa resort foundation date. At that time premises for the first 8 baths were built. Although the therapeutic properties of Truskavets waters were known long ago, for the first time they were described by the royal physician Voytsekh Ochko in 1578. Gabriel Zhonchynskiy, author of the textbook “Historia naturalna”, which was published in 1721, indicated that people of Truskavets and other villages of Drohobych region extracted oil and drank the accompanying water to treat many diseases. The first major study was conducted here by German scientists N.Fihtel and B.Hake. Stanislav Staszic in a small research, published in 1805, wrote that except salt, ozokerite and oil were mined here. Oil was then distilled to receive kerosene for lighting streets. And all of this took lace in the early 19th century!

Chemical analysis of the mineral water “Naftusya” carried out for the first time by the scientist, pharmacist and chemist from Lviv Theodore Torosevych in 1836. This famous scientist is better known thanks to the invention of kerosene lamp. At the same time, the importance of Truskavets in the Austro-Hungarian Empire was increasing. In 1892 a building for Vashmut inhalation system was constructed here, and this helped Truskavets raise up to the level of such important European resorts as Rihenhal and Wiesbaden. Many hotels, villas, guest houses had been built.

Development of the Truskavets resort

The monument to Adam Mickiewicz was opened here in 1900. The infrastructure has been expanded, new hydropathic hospital has been built, highway road has been constructed. we should separately highlight the work of Raymond Yarosh. In 1911 Truskavets passes into the hands of the union, which he heads. The new owner immediately starts with the active Europeanization of the resort. Primarily, he provides electrification of Truskavets. Now not only spa buildings and private villas were lighted with electricity, but also the streets and park territory. There already was a small railway station built in 1909, and in 1912 a new station was constructed. Truskavets was directly linked with the railway to Lviv and Vienna, Krakow, Poznan, Prague, Warsaw, Berlin.

In 1913 Truskavets was awarded the Grand Gold Medal for the great success in the development of the resort and its therapeutic base. And the pace of changes was really impressive. One who missed several seasons in Truskavets, would not recognize it on the next arrival.

There was equipped a bathing lake considering all European standards in Pomyarky; tennis courts and sports playgrounds had been built. The banks of the lake were covered with golden sea sand. Museum of natural sciences was opened and consecrated on August 17th, 1929. Unfortunately, almost nothing has been left from its rich collection, because after the arrival of Soviet troops in 1939, its exhibits were partly transferred to Drohobych and partly simply stolen. One of the collections was loaded to the container and taken somewhere.

Thus, Truskavets became one of the major European centers of the health industry. Today the resort is ready to recieve up to 350,000 guests annually.