Сhurch of the assumption of the blessed virgin mary 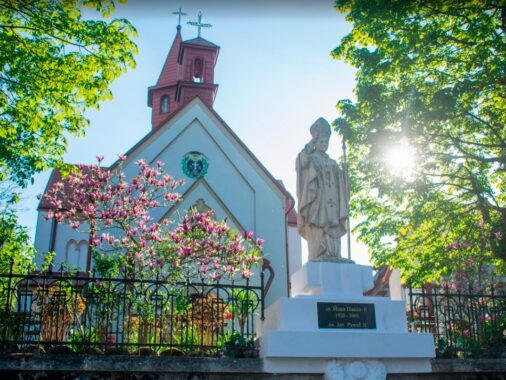 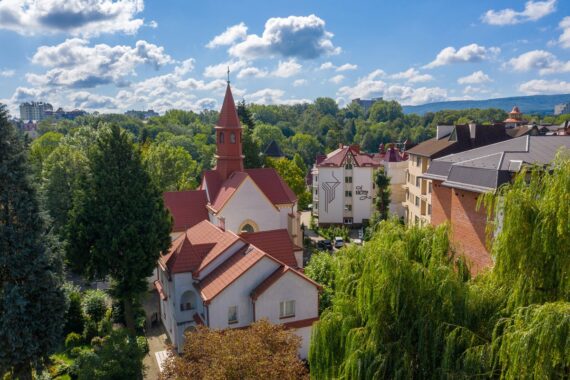 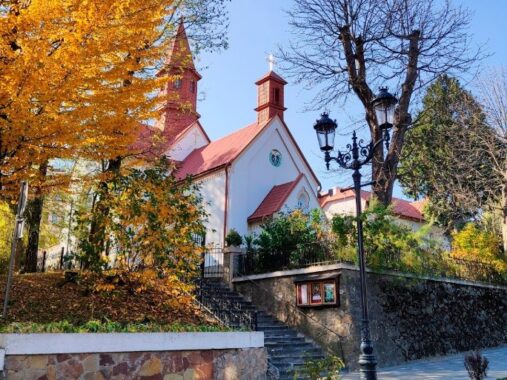 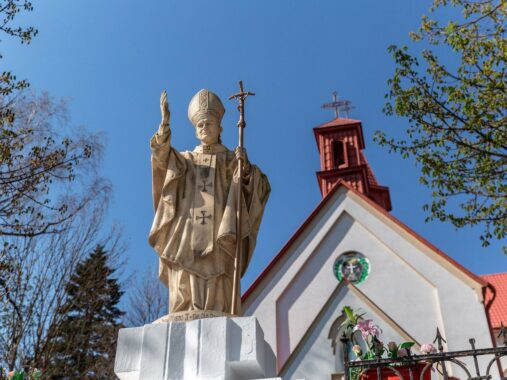 The Roman Catholic Church of the Assumption of the Blessed Virgin Mary is an ancient spiritual center of Truskavets. The church is built in the style of historicism with neo-Gothic elements and is a historical and architectural monument. In the process of formation and development of the resort in the XIX century, conditions are created not only for the treatment and entertainment of holidaymakers, but also for their spiritual recreation. Since there were only a few local Roman Catholics who would build their own church, they belonged to the Drohobych parish. The guests of the resort did not want to deviate from their spiritual practices during their vacation, so in 1858 a chapel was built according to the project of Adolf Kuhn and under the supervision of the builder Adam Bersky. It was built on funds raised from holidaymakers and consecrated in honor of St. Kunegunda – the patron saint of salt mines. The consecration ceremony was performed by Bishop Adam Jasinski of Peremyshl in 1859. At that time, the chapel could accommodate about 50 people. In 1909, a courtyard was built next to the chapel as well as a stone staircase and several terraces to connect the chapel with the park.

In 1912-1913, thanks to the efforts  of Jan Shalaika the transept and the presbytery were added to the chapel from the west expanding the size of the Polish Catholic church, which could accommodate about 300 people. In 1914 the Roman Catholic church was consecrated, but it did not have the status of a parish church and a priest from Drohobych came to serve a mass. A stone statue of the Mother of God, made by sculptor Tsiprian Godebsky, was installed on the main facade of the Roman Catholic church. In 1935-1937 a parish house was built according to the project of Tadeusz Jarosz.

During the Soviet period, the church was closed. Valuable paintings by French, Spanish and Italian artists – 73 authentic paintings donated to the church by holidaymakers – were stolen as well as beautiful stained glass windows and gilded figures. Initially, the premises were transferred to the local collective farm named after T. Shevchenko where potash fertilizers were kept, which destroyed the building from the inside, later there was a planetarium.

In 1994 the church was returned to Roman Catholics. Restoration works started which were carried out until 2002. And at that time the restored Church of the Assumption of the Blessed Virgin Mary was consecrated.

On November 01, 2014 on the initiative of the administrator of the Church of the Assumption of the Virgin Mary Stanislav Chaplya, a monument to Pope John Paul II was unveiled on the facade foundation. The project was developed by sculptors of the Lviv Academy of Arts Pavlo Bodnar and Vasyl Zdrenyk. The project sponsor wished to remain anonymous. The consecration ceremony was performed by Metropolitan of Lviv Mieczyslaw Mokrzycki in the presence of the clergy and the church believers. “Truskavets’ Pope” can be considered the only ceramic monument in the Lviv region.

Olha Fedyniak, curator of the museum of the resort town of Truskavets

Historical (retro) photos of the church.

Where is the “Church of the Assumption of the Blessed Virgin”?