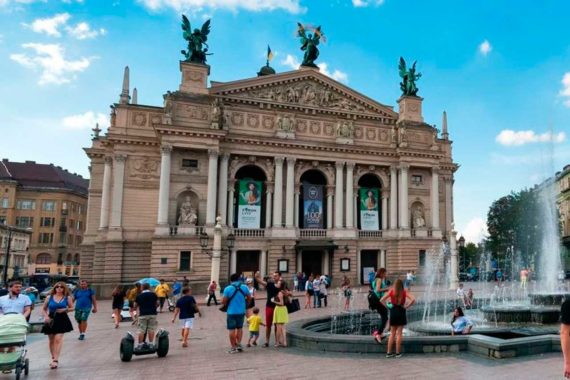 There are places where the modern easily and naturally interweaves with the past, and Lviv is a such city. Uniqueness and originality of the city had created a perfect image of the city-museum, where the vast majority of cultural monuments of Ukraine are located. However, the number of monuments per square meter of urban area is not crucial …

The variety of ethnic, national and religious communities had always been a great wealth of the city. Ukrainians, Poles, Germans, Jews, Armenians, Scots, Vlachs, Hungarians, Czechs, Greeks have lived here for many centuries. It is clear that such coexistence could not be idyllic, but the mutual influence of cultures, beliefs and attitudes is indisputable.

Owing to the trade development, city was getting rich. Merchants from East and West, North and South, who could be often met on Lviv market square, were spreading the knowledge about our city in Europe. Italian, Swiss and German architects came here to work and created a unique architectural ensembles, churches, houses; their descendants had assimilated in Lviv. Armenian and Vlach merchants, German and Czech craftsmen, workers and teachers had settled here.

Lviv city center with its clear division into national parts was a melting pot, where a unique multicultural environment has formed.

No wonder, that both in Ukraine and Poland Lviv is also called Piedmont – rebellious and freedom-loving city. In the middle of 19th, Lviv became the centre of Haskalah – the Jewish Enlightenment. As you know, the most interesting phenomena always occur at the intersection of cultures. Lviv could never complain about the lack of famous people who created outstanding works of art and technology; founded cultural, commercial, economic and sports associations.